When Breaux Burns arrived in Texas one day after Hurricane Harvey hit in August 2017, he thought he had a pretty good idea of what to expect. As a firefighter, paramedic and Marine Corps veteran, he knew the ropes of rescue-and-disaster recovery work.

Burns, a Colorado native, was among 2,100 volunteers deployed in the wake of Harvey by Team Rubicon, a volunteer-based nonprofit organization that responds to disasters around the world. But these were no ordinary volunteers. Team Rubicon builds highly trained emergency response teams by connecting groups of experienced military veterans with first responders.

In his five years with Team Rubicon, Burns has responded to natural disasters—wildfires, earthquakes, typhoons—around the world. Yet, he says the physical and emotional disaster zone left in the wake of Hurricane Harvey and the widespread flooding around Houston trumped them all.

"This was worse than Superstorm Sandy," he says, recalling the disaster that pummeled the East Coast from Pennsylvania to Massachusetts in October 2012 and damaged or destroyed more than 650,000 homes in New York and New Jersey.

During Harvey, areas in South Texas recorded more than 40 inches of rain in less than 48 hours, according to the National Weather Service. One town east of Houston recorded a storm floodwater total of 51.88 inches, a North American record.

"It was a hazmat zone," he says, noting that five-man boat teams were geared up in full chest waders, steel-toed boots, safety helmets and life jackets for more than 10 hours a day. Filthy, contaminated floodwaters containing chemicals, sewage and industrial waste flowed near rooflines for days.

Burns and his crew spent seven days on the Texas Gulf Coast navigating flooded neighborhoods outside of Houston in flat-bottomed boats and banging on hundreds of roofs. "We'd bang, bang, bang, then turn off the motor and listen in silence for 60 seconds for people inside.

"I'd be lying if I said the experience didn't affect me," says Burns, who served in the Marines for eight years. His team rescued families stranded in homes, pets and whatever personal mementos or possessions people could carry. A spray-painted "X" on each house let other rescuers know that the structure was checked for inhabitants. "Emotions and misery were high everywhere, every day. People lost everything."

One chilling detail sticks with him. "What was really bizarre was the sound. It was completely quiet, like you were in the middle of a forest. But there were houses everywhere. You might hear a boat motor or dog barking off in the distance. It was surreal."

The days spent in Texas blend together in Burns' memory: Was it the second or third day when they rescued a 10-point buck—moments away from drowning in a canal? He couldn't say. What does he remember?

"Its nose was barely above the water. It had about five minutes of life left—it was so exhausted," Burns recalls. "It's Texas, so somebody lassoed it. I tied its feet together, and we lifted it over a high railing and saved it. People [watching the rescue] gave us an ovation. That was a feel-good moment."

He recalls rescuing a family of five that included elderly grandparents and a relative with a physical disability. They couldn't evacuate on their own, didn't want to leave their home and had hoped to ride out the storm. They were terrified when they were found, Burns says. "We got them on the boat. They didn't know if they would ever see their houses or belongings again, but there were a lot of tears and thank-yous."

Then there was the herd of cattle stranded in a residential neighborhood in Katy, a suburb of Houston. "We rounded them up and got them onto a dry driveway. Who knows where they came from?" Burns says. "Eventually a farmer came and took them away."

Burns says it took weeks to pull out of what felt like severe stress after the Houston mission. "Emotionally, I felt like I was still there."

But he says he knows he'll return to Texas again to continue the disaster recovery efforts. "There's going to be a lot of work to do there for a long time."

The number of people evacuated or rescued after Hurricane Harvey, along with 5,234 pets.
–Texas Department of Public Safety 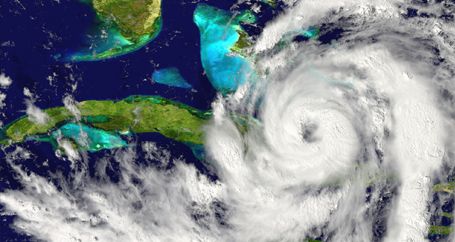 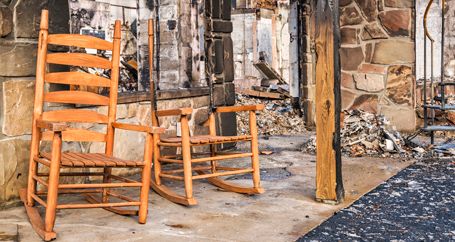