As an estate-planning attorney in a small Minnesota town, Kim Decker has had to coax reluctant parents into naming a guardian for their children, walk through choosing a power of attorney with clients estranged from their family, and help people who are edging toward the end of life plan for their own care.

She’s seen the heartbreak that comes with not acting — and the peace that comes when these details are squared away. Here, Decker talks about the inertia most people experience when planning for death (she and her husband dragged their feet, too), and simple steps that can help make the unthinkable doable.

Some people come into an appointment and sheepishly say, “We did this half-hearted will online, but we don’t know if we did it right.”

That first draft is often motivated when people see the hassles experienced by a friend or family member who wasn’t prepared or by managing a partner’s estate or traveling away from the kids. Family estrangement can also spur people to act.

"We didn’t complete our wills until [my son] was four. And this is what I do for a living!"

It’s also the kind of decision that new parents love to avoid — until they can’t. Maybe they go on their first trip away from their kids and think, “Wait a second, what if we both die in a plane crash? Who would I want to raise my kid if I die?”

It’s something I went through myself after my son was born. And it’s not that we didn’t think about it.

It’s just that my husband’s family lives in Maine, mine lives in Pennsylvania — and we’re in Minnesota. If we die, do we want our son to be sent far away from everything he knows so well? Or do we want him to stay in this community, especially as he gets older?

We went round and round — and that was why we didn’t complete our wills until he was four. And this is what I do for a living!

We first decided that my son would live with his aunt, uncle and cousin in Maine. But when he’s a teenager, my husband and I may decide that it would be best for him to stay here rather than move across the country to be with family. As kids get older and their school and community ties become more established, reevaluating is wise.

When it comes to naming guardians, new parents often think, “Oh, my gosh, we’ve really got to do this,” but then they don’t because they get busy with life. Getting the appointment with a lawyer, getting in the door, making decisions with a significant other — these things are easy to put off.

I hear things like, “Well, I’d want my kids to go to my sister, but I’m afraid people in the family might be upset about that. Are my kids going to get the fallout of the decision that I’ve made?”

Whatever a client decides, I recommend including a letter with their estate-planning documents that explains the thinking behind the guardianship decision. I have written a very rough draft of this letter myself.

Or you can name a guardian to take charge of day-to-day life, plus a trustee or conservator to manage finances. While this can add a layer of complexity, it also adds in accountability. Some people list grandparents as guardians. But because the children are likely to outlive them, my law partner and I insist that parents in these cases name a backup guardian.

The consequences of not naming a guardian are unpredictable. Any friend or relative can petition the court to serve as the guardian, or the county will intervene and petition the court, and the child will become a ward of the state.

I had an adult client whose mother died, leaving behind her teenage son — with no legal guardian. We quickly put together a petition, and the client and her husband were given legal guardianship of the teen, who was able to stay in his school district. That’s the best-case scenario.

Getting a first draft done is the key. I always let clients know that if they have second thoughts, we can always redo it. In fact, I send a gentle nudge letter to clients every year saying, “Hey, if you won the lottery or sold your house or went through a divorce, let’s do a check-in.”

I’ve seen it all: People who have lost significant others or have been through divorces, single people, adults estranged from their parents, people without kids who are getting older, people who say, “I need someone to care about things in my life” — and there’s not an obvious go-to person to serve as executor.

One client, a retired single woman with no children, was so consumed by her lack of a go-to person that she kept doing nothing. That’s when I try to remind people, gently, that asking this of a person isn’t as burdensome as they might think. We make sure to include provisions that allow executors to hire accountants and lawyers with funds from the estate to do the complicated work.

Legally, everything does have to be just so. For example, the mother of one client spent time and money to set up a trust so her children could avoid probate, where the courts make decisions. But before she died, she sold her house and bought a condo. And it never occurred to her to make sure the condo was transferred into the trust. When she died, the surviving family members had to probate her estate anyway.

Planning for end-of-life care is different when you’re making decisions for a two-year-old, as opposed to when you’ve lived a full life. My husband’s dad has been in a dementia ward for a couple of years, and his health is failing. At first we thought, “Well, of course, do everything you can to resuscitate him,” but what about his quality of life after that? He’s been unable to communicate for years now.

"We have an only child. At some point, this is all going to fall to him to manage."

We are just starting to think about end of life for our parents — but not really for ourselves. We have an only child, though. At some point, this is all going to fall to him to manage. So it gets to those really nitty-gritty questions.

As people age, estate planning becomes more about healthcare — about who I want making these decisions for me and talking to doctors about these really hard things. It’s about questions like, “If I don't have pain but I can’t interact, what should a doctor do?” or, “If I have no chance of recovery, then am I going to say, ‘Pull the plug’?” That kind of thing.

It might be about the financial impact of staying on life support. For me, I don’t want someone to keep me alive to the point that it makes it harder for my son to pay for college. Maybe machines can keep you alive, but at what cost?

People have a tough time making these decisions. I tell them, “This is hard; you might change your mind.”9 You might have a relative or friend go through this, and you might say, ‘Wait a second; I want to redo this.’ These things can be changed without having to redo the entire estate plan or will.

"I don’t want someone to keep me alive to the point that it makes it harder for my son to pay for college."

The more we have these conversations and engage with people about death, the better. One of the perks of naming the person who can make decisions about your healthcare is that you can have an ongoing conversation, or a check-in, and say, “I saw this movie, and isn’t that a cool way to have your end of life?”

It just gets a lot uglier when a person hasn’t planned ahead or communicated what they want. If you have four kids, and your spouse is gone, the doctor’s going to look to the four kids to make a decision. It’s harder for four people to get on the same page when they are in emotional turmoil and you haven’t told them what you want.

Even if you have prepared all the documents, it doesn’t do anybody any good if they can’t find your instructions. You have to tell the people that this is where these documents are located and give them electronic copies.

What I also have done is put a “death file” on my computer with bills and passwords and important documents — just in case I’m incapacitated and someone needs to serve as the power of attorney.

We always have a box of tissues handy in the office because this kind of planning is a very emotional thing. My goal is to help someone who is grieving or anxious navigate these tricky decisions — so there’s some peace, where we can say, “That is squared away, and these loose ends are tied up.”

Names the individual with legal authority to manage your affairs — including making business, financial and legal decisions — should you become incapacitated.

Names the individual with legal authority to make decisions about your healthcare if you are unable to do so and may also specify your wishes for end-of-life care.

Usually includes instructions for dispersing assets, such as a house and other property, the naming of an executor for your estate, and the naming of a guardian for minor children.

Names the individual with legal authority to manage your affairs — including making business, financial and legal decisions — should you become incapacitated.

Names the individual with legal authority to make decisions about your healthcare if you are unable to do so and may also specify your wishes for end-of-life care.

Usually includes instructions for dispersing assets, such as a house and other property, the naming of an executor for your estate, and the naming of a guardian for minor children. 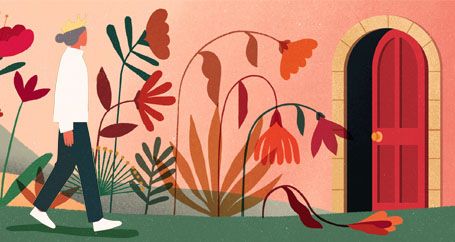 She Had Three Months to Live, So She Planned a Party 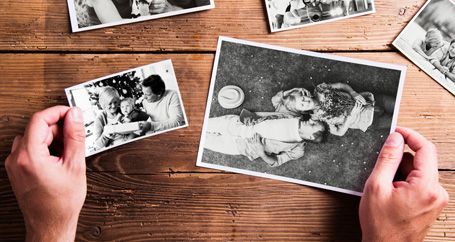 Living with the Parents Again, but under Your Roof 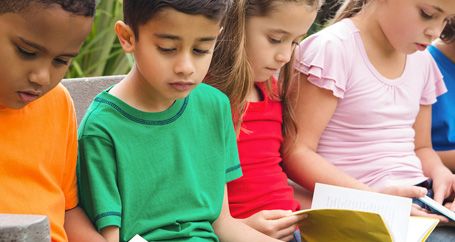