As an architectural photographer in San Diego, studying homes is his business, and the signs were unmistakable. “Istarted seeing solar panels everywhere,” he says. “Everybody was putting panels up, the state and federal incentives were so good.” He hadn’t thought much about installing solar panels himself, but after a friend bought a system, he and his wife (an accountant), looked at their own electric bill, ran cost estimates and did the math. Going solar seemed like a no-brainer.

"Our electric bill was over $200 a month,” McRory says. “That was a major incentive."

After getting estimates from several installers, the McRorys bought a 15-panel rooftop system that went online last June. A month later, their electric bill dropped to $18. Andy had also recently purchased an electric car, meaning he was now using solar to power his home and car. He expects the system to pay for itself in about eight years.

Thanks to more affordable solar panel production prices, the federal solar tax credit (ITC), and new financing models, there are now more than 1 million residential solar users like the McRorys in the U.S., according to the Solar Energy Industries Association (SEIA). In 2016, the number of U.S. homes installing solar panels grew by more than 29 percent, while the installation cost is at an all-time low of $3.16 per watt generated. “We’re basically talking about an installation cost that’s 50 percent less than it was six years ago,” says Justin Baca, Vice President of Markets and Research for S E I A.

With the price of going solar being more affordable than ever, you may also be thinking about reaching for the sun. But there are a number factors you may want to consider both before and after you contact companies for estimates. The average cost of a typical 6 kilowatt system before the ITC is about $20,000 — a significant investment that can take more a decade to pay for itself. This chart can help get you started considering the possibilities of going solar. 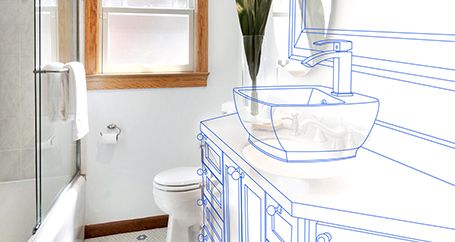