As a freelance journalist who has been living on the road for nearly two years, my work centers around making and editing videos, which eats up a ton of power. Batteries recharging, computer hard drive whirring late into the night. In the early days of my extended road trip, firing up the RV's noisy, smelly, propane generator was the only way to get the power I needed.

How I Get a Heightened Sense of Power

After the purchase of the van itself, the single biggest (and best) investment I made was installing solar panels, an inverter and a big lithium battery. The 320 watts of solar I installed (two 160-watt panels, which was as much as I could squeeze onto my roof) have been enough to keep my laptop, cameras and other gear charged on sunny days, even when I'm working full-time. The lithium battery can also charge off the car's engine by tapping into the alternator (i.e. what converts mechanical energy from the engine into power for the car's various electrical systems). This is why I also suggest getting a heartier, continuous-duty 200-amp alternator. My lithium battery is greedy and will suck up power as fast as it can, which completely fried the OEM 90-amp alternator. Twice. And cost a total of $1,600 to fix.

The inverter is a key component, too, because it takes the DC power in your battery and converts it into AC, which most of your standard gadgets use. I went with a 3,000-watt hybrid inverter because it can handle a serious load. Before I installed this inverter, if I wanted to microwave a bag of popcorn, I had to turn on the obnoxious propane generator. Now I can microwave all I want and it silently pulls power from the lithium battery, so I can charge all my gadgets and have a quick cup of soup without disturbing my neighbors.

My Solution for Going Remote, But Staying Connected

Having mobile internet access has been essential for allowing me to work remotely. I've used a portable wireless hotspot the whole trip, and I'm covered about 95 percent of the time with speeds nearly as fast as my home network. Depending on the carrier and how much data you need, adding a portable wireless hotspot to your plan can cost as little as $15 a month. (I spend about $50 a month.)

If you aren't locked in to a cellular service carrier, research the route you're planning to take and cross-reference it with the coverage maps from different wireless providers. I also installed 4G signal booster (at a cost of roughly $400), which involved slapping a magnetic antenna on the roof and plugging a box into a DC outlet. I had zero service when I was camping in Big Bend National Park in Texas, but when I fired up the booster, I had enough signal to call home and let my parents know I hadn't been eaten by anything. Yet.

Lighting is important in an RV because you don't have much space for decorating, and it can make the difference between your room on wheels feeling like a home ... or a camper. When I bought the RV, I immediately replaced all of the little incandescent bulbs with LED bulbs. This made the van brighter and used roughly one-tenth the electricity. But after six months on the road, the bulbs felt harsh and uneven, and the brightness made it tough to wind down after a long day on the road.

Eventually, I installed 20 feet of color-changing LED light strips around the ceiling (which you can get for less than $50; the one I went with was closer to $300). This simple upgrade changed the entire feel of the place. I can simulate a sunset when I want to start winding down. Or, when I need to wake up and get to work, I can make the place look like it's filled with bright sunlight—even on a dark, cloudy day. I also have a color-changing disco mode, for the times my van becomes the sound-system for an outdoor dance-party.

It only took a few weeks of tossing and turning on a cheap, lumpy mattress before I realized that upgrading my bed with a two-inch-thick memory foam mattress topper was necessary. Coupled with soft jersey-knit sheets and a fluffy feather duvet, I now sleep better in my RV than I do anywhere else. I may not always be parked in the quietest place (like the time I parked next to railroad tracks), but having a comfortable bed and a good night's rest can make the unpredictable (and sometimes uncomfortable) realities of living on the road feel more like the stuff of a carefree adventure you'll be telling stories about for years to come. And, oh, the stories you'll tell.

If you're looking for
ideas for customizing
an RV, see the
writer’s van — a.k.a.
Ashley the Beast —
for yourself.

Brent Rose - freelance writer, actor and filmmaker, currently traveling the U.S. living in a high-tech van, looking for stories to tell. Follow his adventures on Instagram and at Connected States

Each insurer has sole financial responsibility for its own insurance products. Visit farmers.com for a complete list of companies. Not all insurers are authorized to provide insurance in all states. Not all products, coverages and discounts are available in every state. Restrictions, exclusions, limits and conditions apply. See agents for details. 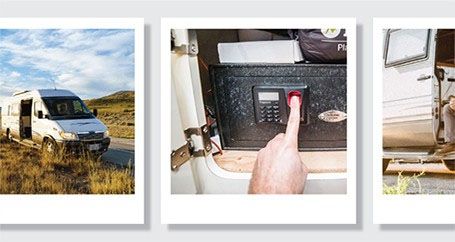 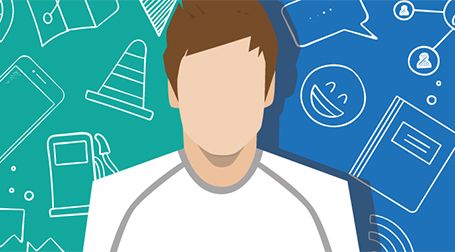 What Science Can Tell Us about Teen Drivers