Q:Question After a long week at work, I brought home a pizza intending to eat and zone out in front of the T.V. That’s exactly what I did, too, until I smelled smoke and burning cardboard coming from the kitchen. Turns out my resourceful dog wanted some pizza, so he jumped onto the stove to steal a piece from the box. In doing so, he also turned the stove on and started a fire. The dog’s fine, and I’m fine—but my kitchen is … not so fine. Is this covered by homeowners insurance?

We posed this question to Robert Herzog, a Farmers Insurance® agent based in Salinas, California. Here's what he had to say about home coverage for animal damage.

A:Answer Don’t send him to the doghouse yet. The good news is that the damage could very well be covered under your homeowners policy. Fire is typically included in home insurance coverage. In this case, the fire is the peril that caused the damage, not the dog. Even if a rowdy pet causes a fire by knocking over a candle, it is still not the pet doing the damage. The house caught fire because the candle burned, which means it would probably be covered.

The thing to keep in mind is your deductible. Insurance policies are set up to pay for damages in excess of the deductible, which is the amount you pay. This amount will vary according to the specifics of your policy.

Is all animal damage covered with a homeowners policy?

Don’t get me wrong, pets can sometimes be pests, and not all damage caused by animals is covered. If you had a noisy squirrel living in the crawl space under your living room and your dog went nuts trying to dig down into the floor to get the animal, there would probably not be coverage for the damaged flooring. Why? Because the dog actually did it, and there is typically no coverage for pet damage. Speaking of squirrels, say a few get into the walls of your house and cause damage to your electrical system. Home insurance would not provide coverage in that case. If the damage caused by squirrels started a fire, that damage would likely be covered because the fire is a covered peril. Your exact coverage will depend on your policy and carrier.

If your best furry friend is likely to cause havoc, talk to an agent about your options to find a policy that you feel fits you as well as your pet.

Find out why home
insurance from
Farmers is a smart
choice. 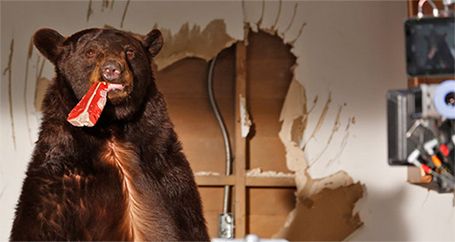 There’s Meat in the Freezer and a Bear Outside. Will Home Insurance Cover Damage If He Breaks In? 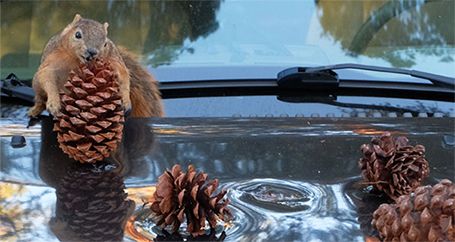 Is Animal Damage Covered By My Auto Insurance 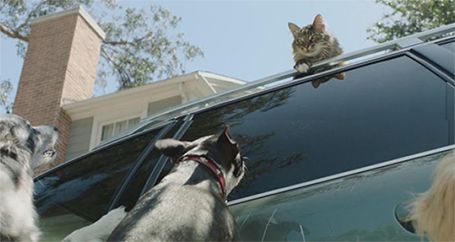 Help! My Car Got in the Way of a Pack of Dogs