It was a rainy, chilly evening in the Pacific Northwest, which is pretty similar to the other 364 days of the year in the region. After an exhausting day of doctor’s appointments, a woman returned home with her elderly mother and a bag containing the retiree’s favorite fast food for dinner. As she gently helped her mother out of the family’s new car, the bag she was holding hit the driveway and an order of curly fries tumbled out. Disregarding the five-second rule, she decided to leave the fries in the driveway and continued into the house.

After dinner, the woman’s husband wandered outside to clean up the mess, but the curly fries and paper bag had vanished without a trace. He assumed a crow, a common local scavenger, swooped down and carried off the food.

Days later, a warning light flashed in the woman’s car. Coincidence? Apparently not.

A visit to the dealership revealed a curious message from the vehicle’s warning indicator readout: reduced engine power. After some exploratory surgery that involved dismantling the entire engine, an automotive specialist sent the couple a picture clearly showing several curly fries and a paper bag jammed into a corner of the engine compartment. The conclusion? Hot, salty fries lured a mouse for dinner, and a warm car engine provided the perfect ambiance for the meal. After dinner, the mouse chewed through electrical wiring in the engine.

Issued insurance policy documents control all claim determinations. Please read the actual policy documents for your state for important details on coverages, exclusions, restrictions, limits, conditions and terms. Not all products, coverages and discounts are available in every state. Insurance is underwritten by Farmers Insurance Exchange and other affiliated insurance companies. Visit farmers.com for a complete listing of companies. Not all insurers are authorized to provide insurance in all states. 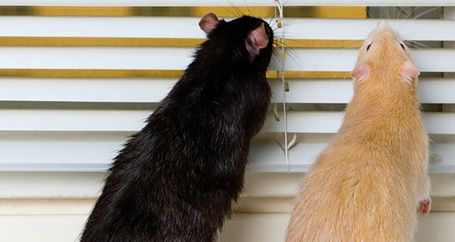 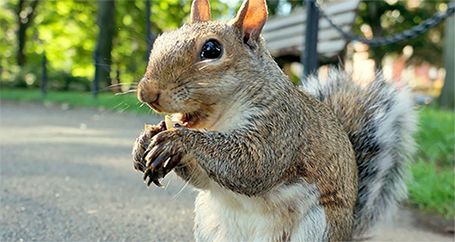 No Squirrels Were Harmed. Can't Say the Same for the Neighbor's Car. 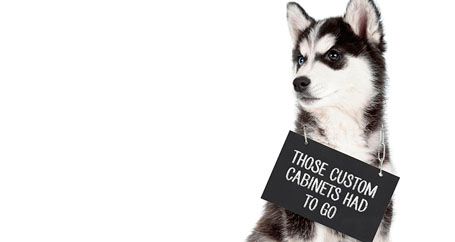