Being near the ocean is a big part of what drew me to Highlands in 1996. My house and the café are both only a half-mile from the Shrewsbury River, and the Atlantic is just beyond that. The business was brand-new when Hurricane Irene hit in August 2011 and left three feet of water inside. Everyone said, "It’s not going to happen again anytime soon." A year later, Hurricane Sandy proved everyone wrong.

Early on October 28, 2012, we started getting official warnings about the storm. It was warm and sunny outside, no one believed the storm would be so massive. I remember one regular customer saying, “Ah, it’s going to be a ‘rain event.’” By late afternoon, the sky turned overcast, and those alerts turned into a mandatory evacuation.

I’ll be honest: I panicked. I had three hours to move what I could from the restaurant and my house, including four cats and a dog. Friends, family and customers formed a human chain from the café to load everything we could lift onto a truck. Some critical equipment, like the bagel oven and convection oven, was too heavy to move.

I was crying hysterically by the time I reached my house. I could hear emergency workers yelling into bullhorns, "Mandatory evacuation. Move all vehicles to higher ground. Everyone needs to be out by 9 p.m." At the last minute, I actually considered staying, but my sister talked me out of it. I only grabbed a few things because I figured my poor, 110-year-old house would be fine. It had never taken on water. I corralled my dog and cats and went to my sister’s house one town over.

The next day, the power was out everywhere, so we had no way of knowing what was happening until one of my employees sent a cell phone picture of a street two blocks from my house. I knew my house and the business were both done when I saw that picture.

Five days after the storm, we came back to what seemed like a war zone. Mud and sand coated the streets, debris was everywhere, boats were overturned on lawns. Electricity was out for the next 10 days.

My house was a disaster. Everything — yard, first floor, furniture — had been submerged in brackish, contaminated seawater and a layer of boat engine oil for days. The water killed a giant sugar maple in my yard. My hardwood floors had buckled. Part of the roof was gone and the upstairs was damaged. All of my furniture had been floating around and landed all over the place when that disgusting water receded. So much debris, a grill, garbage cans, anything that had been floating outside when the water went down piled up in my fenced-in yard.

The restaurant was … forget it. The storm surge pushed 13 feet of disgusting seawater mixed with sewage into the cafe. I found a dead fish floating in our industrial dishwasher. We found our dumpster a few blocks away. It was completely overwhelming. All I could think was, "How am I going to fix my business and my house?"

Busloads of volunteers came into town after the storm and they gutted the first floor of my home. Then, work just … stopped. The paperwork for a grant to rebuild was a bureaucratic mess. As fast as I’d fill out a form, they’d change it to another form. To make matters worse, every inspector from the grant program who assessed my house claimed damage to the home was only 49 percent. That’s because a house damaged 50 percent or more is a teardown and it’s cheaper for them to repair than start from scratch.

Every day, for months and then years, nothing happened. The house looked worse every time I drove by. Raccoons and feral cats moved in. I know I sound like a nutcase, but I had to ask my sister to pick up my mail because I couldn’t stand to look at the place. And of course I still had to pay the mortgage.

Without flood insurance on the cafe, my partner and I borrowed money from friends and family to refurbish equipment and reopen the bakery. Sleep was impossible. We worked like animals and reopened after seven months, in April 2013.

After more than three years of waiting, my house was still nowhere near habitable in 2015. A regular customer had been telling me about Saint Bernard Project, a nonprofit she worked for with a huge volunteer workforce that rebuilds homes after a disaster. When I learned that they handle all of the paperwork and project management, I finally gave in and called. The introduction to SBP was a major turning point — my home recovery is finally going in the right direction. They tore down my house in June 2016, and volunteers finished sheet-rocking my lovely, brand-new house in September.

I’ve never gone through anything like this. I’ve been depressed, angry and exhausted, and it has taken a toll on my health. I was tenacious, but you get to a breaking point. The first year after reopening, I shuffled nickels and dimes just to pay my employees and keep the business open.

We were so unprepared as a small business to take this kind of hit. It’s slowly getting better, every season is a little better than the last, and the crumb cake has really taken off. We’re known for old-fashioned bagels and my crumb cake is definitely getting famous. We sell out of it. People come from all over New Jersey to buy it. One guy buys 12 slices at a time.

I would love to be home, stringing lights on my house by Christmas, but business at the café has really picked up. It’s funny to think now: I’m still living in my sister’s house, four years after the storm, but I may have to wait until after the holiday crumb cake rush to finally move home.

Sandy impacted states from Florida to Maine in the eastern U.S., and as far west as Wisconsin. To learn more about hurricane prep, read 9 Steps to Hurricane Ready.

Giesela Smith,owner of Bay Ave. Bakery and Café, as told to Nancy Rones 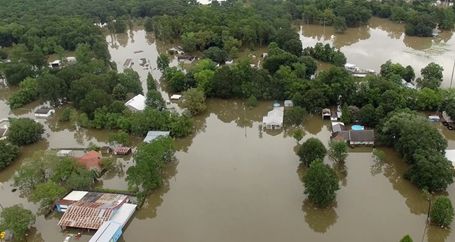 “We Prepared for Two Inches of Water, Not Five Feet.” 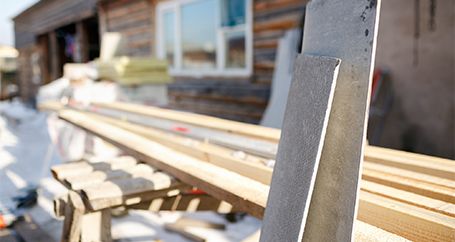