A few months after Abigail Biegert and her husband Kevin settled into their new home in Littleton, Colorado, they decided to take on what they thought would be a fun, straightforward project: tiling the bathroom. “We watched a few online videos, rented a tile cutter,” recalls Biegert. “It was our first big home improvement project. We thought it would be fun.” About $50 in shattered tiles later, they finished the floor, then called a pro to finish the walls.

In hindsight, Biegert says the little details — like not spending a few extra bucks to rent a better tile cutter and underestimating the actual time and work tiling requires — made the job a nightmare. “Having an expert do the job from the get-go would’ve saved us a week’s worth of frustrating work. It only would’ve cost us $400 or so more than doing it ourselves,” says Biegert. The silver lining? “Every time we get a compliment on that bathroom floor, I do a little happy dance,” she says.

Whether you’re thinking of renting a tile cutter, solving a persistent kitchen sink drip or popping out a pergola from a DIY kit, spending your weekends on small fix-it projects may seem like a good way to save money and get the work done without the hassle of finding and hiring a pro. But before you swing a hammer or dust off your power drill, Danny Lipford, a contractor and nationally syndicated TV and radio host of Today’s Homeowner, cautions DIYers to research the work. “Know what you’re getting into, and know whether or not a job is going to take you so much time and cause you so much grief it would be better to have a pro tackle it from the start,” he says.

Even repairs or replacements that seem minor may be tricky for the average homeowner. Here, Lipford breaks down the five most searched home improvement projects and whether you might consider DIY or hiring a pro based on the cost, time and complexity of the work involved.

Fixing a toilet pump is one of the most common bathroom repairs, says Lipford. A faulty pump can cause the toilet to run constantly, which won’t cause flooding, but it is noisy and it wastes water.

DIY or Pay a Pro?:DIY

“Many toilet issues are DIY-friendly,” says Lipford. “There are only a few different types of mechanisms available for your toilet, and many of them are universal, so it can be easy to remove one part and replace it,” he says.

Get It Done:  First, watch a few top-viewed toilet repair tutorials on YouTube, says Lipford. When you’re ready to repair, turn off the water valve and flush the toilet to drain all of the water out of the tank. Then, remove and replace the parts, he says. “At most, the parts may cost you $25. Paying a professional to do this easy fix will run you anywhere from $85 to $125,” says Lipford.

“When you build a shed, you may as well be building a small, inexpensive house,” Lipford puts it bluntly. “You’re dealing with roof issues, a foundation, installing doors and windows. It’s a lot of work.”

Even if you’re the type who doesn’t get aggravated by the 1,000 screws and three days it takes to put an Ikea bookshelf together, Lipford recommends buying a pre-made shed and having a pro assemble it. “I’ve never talked to someone who actually enjoyed building a shed. You won’t do it in one day, no matter how much help you have,” he says.

Get It Done: If you opt for a pre-made shed (which could cost, on average, $1,000 to $3,000, depending on the size), spend your time customizing it, says Lipford. “I’d hire a pro to build my shed and spend my time making it my own: add a ramp, install some under-skirting, or build a bench and shelves inside,” he says.

Building a fence may seem straightforward, but Lipford says most DIYers underestimate the amount of work involved. “It seems so innocent and simple, until you get your hands on a post-hole digger and realize it’s not as much fun as it seems,” he says.

DIY or Pay a Pro?: It depends.

Consider the scale of the job and the lay of the land, says Lipford. If you’re talking about a flat area and a fairly small space, it’s basic carpentry. If you’re dealing with a big slope (which will make using a post-hole digger difficult) or a big fence that requires multiple gates, leave it to the pros. According to Lipford, rates range from $7 (for metal or chain) to $26 (for aluminum) per linear foot for the materials; add $7 to $10 more per linear foot for the labor details.

Get It Done: Undecided? If you’re leaning toward the DIY route, spend the time researching and planning to figure out every single thing you’ll need for the project, including materials, the transportation of those materials and tools you don’t already have, Lipford says. This research will also give you a good baseline to compare quotes if you’re considering hiring a pro. “It might surprise you how little you’ll save, especially when you consider the number of weekends you’ll spend working on it, the sore back and the bruised fingers you’ll have when you’re finally finished,” says Lipford.

This is about how
much you can expect
to pay a pro to tile a
floor or wall.

4. “How to fix a garbage disposal

”The most common problems with a garbage disposal, according to Lipford: 1) it’s clogged, 2) it will not turn on or 3) its making a humming noise but not running.

A broken garbage disposal is either a super-simple fix or you’re buying a new garbage disposal, says Lipford. The good news? Replacing a garbage disposal isn’t a tough job, either. Best possible scenario: You unclog the unit and it starts working immediately. Worst-case scenario? You have to buy a new one (which can cost $100 to $1,000, depending on how fancy you want to get) and install it, which is a straightforward job, says Lipford. Opt for an expert to do it for you and you’re probably looking at about $75 in labor, says Lipford.

Like building a fence, this seemingly straightforward job is more complicated than you think, says Lipford. “There’s a lot of skill and knowledge required when it comes to window installation,” says Lipford. “Someone who has done it hundreds of times will make it look easy, but if you’ve never done it before, you’ll find it super challenging.”

“Think about it this way: Improperly installed windows make you vulnerable to a couple different conditions, namely, weather and burglars,” says Lipford. Installation is also more complicated than it looks. You have to hold a heavy window, center it, seal it—and who knows what you’ll find when you’re removing the trim, Lipford adds.

Get It Done: If you insist on the DIY route, enlist help, says Lipford. If you call an expert, be sure they specialize or have extensive experience installing windows. If you hire a pro, the average labor fee is about $70 per hour—well worth the price, says Lipford: “This is not a job for the average handyman.”

The amount of time it
could take a pro to
repaint or stain
kitchen cabinets. 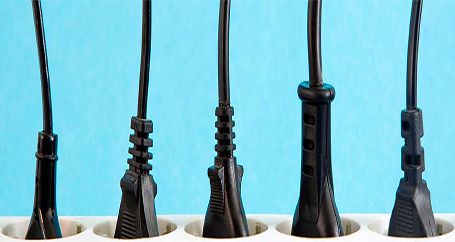