For many Arizonans, it comes in the night: the sudden, surprisingly painful sting, like the bite of some unearthly wasp, followed by symptoms ranging from numbness to dizziness and nausea. Often it happens in bed or while watching TV on the living room couch. One resident describes it feeling “as though someone had set worms or hot coals under my skin.” Another calls it “something like a red-hot poker being stuck right between my toes.”

It’s the work of the Arizona bark scorpion. There isn’t anything unusual about a scorpion — there are dozens of types in the state — but this is the venomous one human residents of the desert need to know about. And, like a host of other exotic critters, they won’t eventually go away.

Tip 1 - Seal cracks in walls, baseboards and foundation with caulk

“Scorpions don’t move,” says resident Judy Hedding, who has written about life in Arizona for nearly two decades. “They’ve been around for centuries, and they’re not likely to move as long as they have a food and water source.”

Now for the good news: As with most of the unique challenges homeowners in Arizona face — extreme heat, monsoon rains, northern snow, poisonous reptiles, even nonnative pests like roof rats — there are simple, commonsense ways to coexist with them.

Hedding observes one basic rule with scorpions: “Don’t stick your hand where it’s dark and clammy, because things live in there.” Also worth noting: scorpions can creep through an opening the thickness of a credit card.

How to keep scorpions out of a home, according to Hedding:

Gaining the upper hand with scorpions is only the beginning of life in Arizona.

When things go bump in the night

When he started hearing unusual thumps on his home’s roof at night in Phoenix’s Arcadia neighborhood in 2001, Arizona resident and veteran building contractor Barry Paceley says neighborly conversation led to the discovery of the first major roof rat outbreak in the state.

“Several pockets of neighbors started comparing notes, going, ‘Hey, I’ve got these noises in my attic, and I’m getting all this chewed fruit, and I’ve seen some rats on my power lines.’”

Tip 2 - Cut palm fronds and tree limbs that reach close to the house.

Paceley, known locally as the Roof Rat Guy, started researching the rodent invaders, including how they got to Arizona. The standing theory is that the long-tailed Rattus rattus, as the species is known, migrated from California via moving vans. Paceley also discovered the rats “reproduce like crazy.”

“A pair of rats will generate a thousand to two or three thousand offspring in one year,” he says. “You leave that unchecked and you start getting a lot of rats.”

Vigilance matters. “When they get in your home, they can cause lots of damage, including chewing through materials to get to water,” says Johnny Dilone of the Environmental Services Department in Maricopa County, which includes Phoenix and environs. Roof rats can chew through electrical wires, and they can nest in insulation and HVAC ducting.

Nimble jumpers, the rats use palm tree fronds to hop from one tree to another, or onto power lines. When the weather cools in the fall, the vermin head into a building’s upper levels and can squeeze through openings as small as a nickel. Dilone sees a rise in complaints in September and October.

Dilone and Pacely offer these tips to keep rats out of a home:

When it rains in the Grand Canyon state, it pours


If there’s one misconception about Arizona, it’s that weather strikes one note: blazing hot and desert dry year-round. Not true, says Nancy Selover, the state climatologist and a professor at Arizona State University.

“We have one of the most variable climates of any state.”

At nearly 7,000 feet above sea level, Flagstaff can get extremely cold and four to five inches of snow in just a few days. In Tucson, where monsoon season arrives first, typically in July — then works its way north to Flagstaff, and sometimes as far west as Yuma — homes get pounded by rain and wind, says Selover.

The fury of these daily, dazzling thunderstorms often lasts less than an hour, but the hard, clay-rich soil and lack of vegetation mean water from downpours isn’t easily absorbed into the ground. It stays on the surface, increasing the danger of flash floods and mudslides. With few storm sewers, streets can turn into rushing rivers, washing away cars and the drivers who ignore warnings about driving in these conditions. Several years back, in the Phoenix suburb of Mesa, a canal levee was breached. One neighborhood “looked like New Orleans, post-Katrina,” Selover says.

Tip 3 - Consult the county flood control district to find out if the home is in a flood zone.

Hedding warns that trees can also become unrooted by the strong, sudden winds that come with monsoon storms. “Consider what you’re planting and where it is on your property,” she says. “Most people don’t put a whole lot of thought into it.”

“When we get monsoons there are leaks all over town,” says Jack Randall, a Tucson-based home inspector with clients as far north as Phoenix and south to Santa Cruz County, on the United States border with Mexico. “During the monsoon season, I find a wet wall [inside a home] almost every day, from a leaky window or a roof,” he says. “Most homeowners don’t perform routine maintenance like they should.”

Selover and Randall offer these tips for protecting property from monsoons:

Protecting a home on the western front


“Our natural disaster here is the heat,” says Hedding. Insulation and construction materials can make a big difference, but protecting against western sun exposure in the afternoon — the hottest part of the day — is also important. Her own home has no exterior windows or living space located on the west side — only the garage wall faces west. If the majority of your living space — kitchen, bedrooms, home office — is on the west side, Hedding recommends installing special window treatments, sunshades and other forms of cooling shelter.

Selover’s commonsense solution: plant shade-producing trees or shrubs. “Make sure you have as much shade as you can on the west side of the house.”

Tip 4 - Plant shade trees on the west side of the home.

Extreme temperatures also lead to building materials expanding and contracting, which can lead to increased problems for certain types of roofs, says Randall, the Tucson inspector. Coating and painting may need to be redone every three to five years.

Tips for keeping a home cool in desert heat:

On the upside, there are plenty of things Arizonans don’t need to worry much about. “Although there are earthquakes, they’re not severe,” Hedding says. “We don’t have hurricanes, and we don’t have tornadoes to any degree. So it’s an area known for being relatively safe with respect to natural disasters.”

And unlike another state favored by sun lovers, “We don’t get eaten by alligators here.” 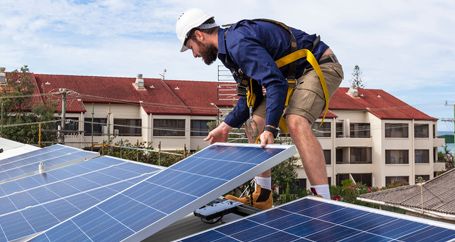 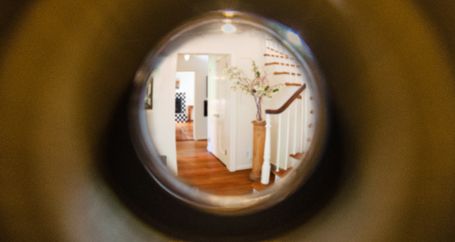 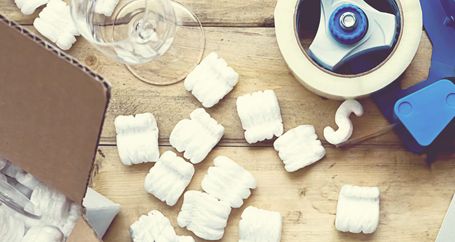 Moving? Take a Few Packing Tips From These Serial Movers